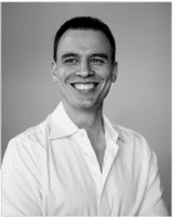 Johannes Chun (JC/Jo)
Johannes Chun (JC or Jo) first became interested in fitness and physical training when he joined a Taekwon-Do club in Singapore at the age of 11. Having been a fairly unfit and overweight child, he was astonished by the great improvement to his physical fitness and consequently the joy he could derive from sports, games and life in general, as a result of structured and regular training under an experienced teacher. He went on to perform well in various sports, earning his black belt in Taekwon-Do at age 15 and captaining his high school swimming team in several events, often winning gold or silver medals in the process.

Spurred on by these achievements, he wanted to try his hand at a career in sports, and completed his degree in Sports Science in 2007. After his graduation, he worked in consulting for a few years, but always kept his passion for fitness burning, coaching friends, relatives and anyone who wanted help along the way.
​
Now, as a married man and a father, and with several years of coaching experience under his belt, he is no longer able to sit quietly on the sidelines and let the ill effects of modern first-world life take control of the health and wellbeing of the people around him. His goal is to empower people - you! - to take back the control over your fitness and thus the destiny of your health. Enter Kinsei-Do Functional Fitness! 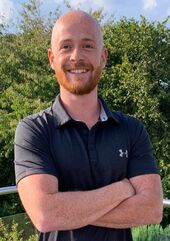 Coach Jakobus first got a taste of weight training at the age of 14, and he quickly noticed the impact resistance training had on his athletic success. He soon found that training his friends and family members not only gave him tremendous joy, but that his friends could benefit from it.

During the course of his studies, he coached athletes on the side in order to support his life. As he began to put himself in his clients' shoes more and more, he was able to expand his perspective and repertoire of different sports and how to optimally train to excel in them.

If you're looking to take your sporting performance to the next level, speak to Coach Jakobus today!